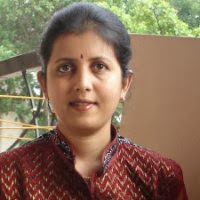 This story was sent by Sujatha Ratnala  She is an engineer by profession, enjoys teaching, engaging with kids and is busy mother of 2 young boys. 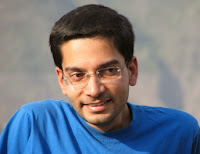 The Sanskrit translation "महाकायः पप्लुः" was done by Vikram Gakhar. Vikram Gakhar is a full-time electrical engineer and a part-time student of Sanskrit. He likes reading, writing and translating in Sanskrit.

Just a week before the event, the editor of Pratham Books contacted us if we could translate "Paplu, the Giant" in Sanskrit and conduct the event. This was for celebration of International Literacy Day by means of Story telling in different languages in India. There were more than 1000 volunteers for this event. For the first time, it was to be conducted in Sanskrit.
I always believe that story telling is an effective way of engaging with kids, be it Fables or  Internet of Things or Technology. It creates a lively atmosphere and transports the collective young thoughts into a  realm of imagination. I am hopeful that interest in Sanskrit could be revived in Children through Story Telling, Audio Books and interactive Visuals.
Vikram Ghakar, who is an avid student, reader and writer in Sanskrit has volunteered for the translation. By the language constructs, interestingly there were various choices for the word "Giant". "Mahakaya" sounded perfect in comparison with "Rakshasa" and "Daitya" which typically referred to a kind of people. 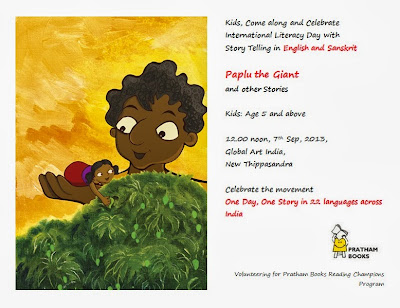 We had 2 story telling events, one in an Art school and another at my apartment. Not many kids had prior exposure in Sanskrit.

We started the event with a small discussion and quizzing about Sanskrit and its significance. Finally the much awaited narration began
"Paplu the Giant "  "महाकायः पप्लुः "

Each page was narrated in English and rephrased in simple Sanskrit verses. Usage of puppets and TV for projecting images in the book made it a lively show.

I had displayed my huge personal collection of Pratham books. After the show, children were eagerly flipping through the colourful pages in the book.
One of the kid was comparing Paplu with the noble lion in "Chronicles of Nora" which was screened the same day. "Paplu is such a nice Giant.He did not use his power to defeat normal creatures. He only helped
them". Good to see the message reach the kids.

Looking forward for further sessions with Pratham Books and spreading the joy of Story Telling and igniting young minds in Sanskrit. 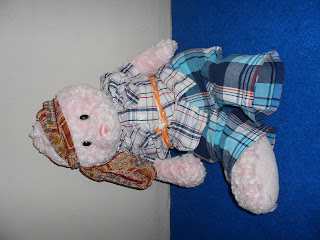 Puppets of Paplu, Soni and the bandits 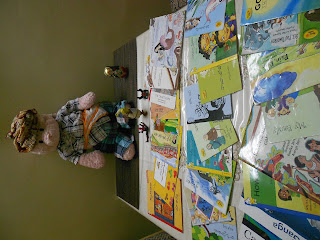 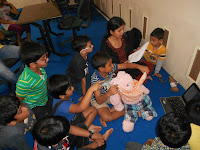 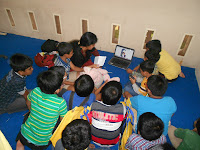 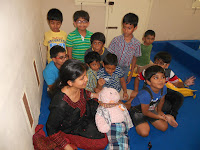 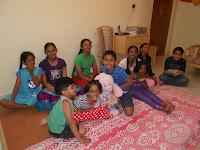 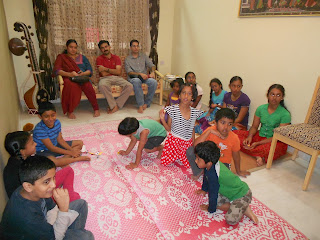 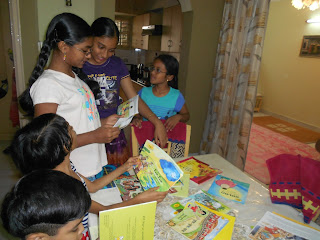 Posted by Sujatha Ratnala at 02:17